Don't Stay Buried Under Your Debt

Turn to a Bankruptcy Professional 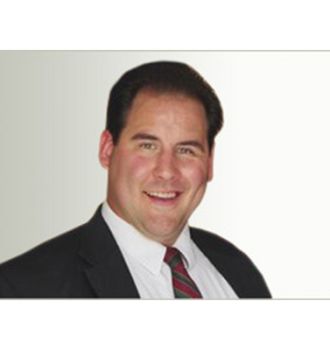 Attorney Brad Weil was sworn into the California bar in June of 2009. He has been a practicing attorney for over ten years and he has exclusively handled more than 700 bankruptcy cases.

Attorney Brad Weil has a master’s degree in intellectual property. He originally went to law school to become an entertainment lawyer. He was going to do trademarks, copyrights, and soundtracks.

Attorney Weil finished law school in 2008 and then completed a one-year LL.M. program, which is a legal master's degree.

And that’s when Brad discovered bankruptcy which, in his opinion, is one of the most powerful tools that an individual can use against banks.

“And frankly, I just fell in love with it”

What to Look for in an Attorney

Interviewer: Do you have people that think they can just file on their own and they don’t need the attorney? How would you contrast someone trying to do it themselves versus someone who has an attorney’s representation and counsel?

Brad Weil: Good luck, that’s what I would tell some not retaining an attorney for bankruptcy. Usually, those are people that either have some sort of legal background, they’ve been a paralegal or they’ve worked in an attorney’s office, or they’re trying to do it on the “cheap.”

Bankruptcy is Not a DIY Project: You Can Face Losing Assets That You Might Have Had Exempted if You Retained an Attorney

They can’t go fix it for you and they can’t tell you how to fix it. And I’ve seen trustees at 341 hearings basically tear individuals apart. And I’ve seen individuals lose assets that they could have legitimately exempted and kept. I’ve seen people lose cars – in an extreme example, I saw a woman lose her house to the trustee because she didn’t use the right exemption. She used the bankruptcy petition preparer and the trustee took her house. That’s not the trustee’s fault frankly, that’s the client and bankruptcy petition preparer’s fault.

"I always want my clients to know what's going on through every step of the process."

If You Have a Complex Case or Many Assets, It is Not Advisable to file for Bankruptcy without Retaining an Attorney

When you’re pro se, when you file a bankruptcy pro se, you are your own lawyer. And the law looks at a pro se filer as if they know the law, and they’ve chosen to represent themselves, and it treats them like a lawyer. And frankly, you could get torn to shreds. Now if you have a very simple case you might be able to do it and get through it, but if you have a complex case or you have assets, I would not recommend it.

Chapter 7 or 13: Which Bankruptcy Option Is Best for You?

Means Test: Individuals Earning above the Median Income Do Not Qualify for a Chapter 7 Bankruptcy; a Chapter 13 Filing Is Subject to a Debt Limit

Your Attorney Will Explain the Benefits of Each Type of Bankruptcy

I can tell, based on a person’s paycheck stubs and their tax returns, whether or not they make enough money and I can tell based on their credit reports whether or not they have exceeded the debt limits. I don’t tend to go by the legal criteria. What I tend to look at is what are the benefits of the chapter; what is your goal with the bankruptcy, and why are you doing it.

I ask three questions to determine whether to put you in Chapter 7 or Chapter 13. My first question is do you own a home? If you do own a home, do you have any equity in the home? This is because if you have what we call non-exempt equity, you’re better off doing Chapter 13 to protect that home, which you might lose in Chapter 7.